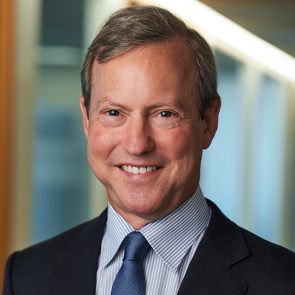 Mr. Hodgson joined General Atlantic as the firm’s third investment professional in 1982, the firm’s second year of operations. Working closely with Steve Denning, Founding Partner and Chairman of General Atlantic, he was instrumental in the early development of General Atlantic’s growth equity investing strategy, which is built on a singular vision of partnering with entrepreneurs around the world to build outstanding growth companies.

“A distinguished senior leader on our investment team for over 35 years, Dave has been instrumental in General Atlantic’s development and success from the very beginning,” said Bill Ford, Chief Executive Officer of General Atlantic. “He played a prominent role in establishing the firm’s software investing capability as well as broadening and globalizing our investment program. We are delighted to recognize his leadership and achievements to General Atlantic over the years.”

Since 1982, Mr. Hodgson has been deeply engaged with investments across the firm’s sectors serving as a trusted partner and advisor to General Atlantic’s global portfolio companies and as a senior leader and mentor to the firm’s investment team. Since 2010, he has served on the boards of past and current General Atlantic portfolio companies including Alignment Healthcare, Amherst Pierpont Securities, Dice, Hyperion Insurance Group, InsightExpress, IPVALUE, Torex Retail Holdings, TriNet, and Xchanging.

Drawing from 37 years of experience investing in nearly 300 global growth companies, General Atlantic partners with entrepreneurs and management teams who are building leading, high-growth businesses. The firm has $21 billion in assets under management as of June 30, 2017. General Atlantic focuses on investments across five sectors, including Internet & Technology, Financial Services, Business Services, Retail & Consumer, and Healthcare, with support from the firm’s global team of experts.