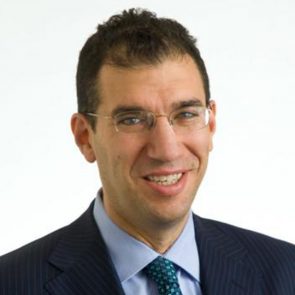 Andy Slavitt to Serve as Special Advisor to General Atlantic

General Atlantic, a leading global growth equity firm, announced today that Andy Slavitt, former Acting Administrator for the Centers for Medicare & Medicaid Services (CMS) and the former Group Executive Vice President at Optum, will become a Special Advisor to General Atlantic. He will bring a special focus on healthcare investments in underserved populations.

“Andy brings a unique breadth of experience in both the public and private sectors, including leadership as an entrepreneur, senior operating executive, policy maker, and key opinion leader,” said Robbert Vorhoff, Managing Director and Global Head of Healthcare at General Atlantic. “I am confident Andy will add considerable value across our theme development, investment execution, and portfolio support activities, particularly as we continue to look for companies addressing unmet needs and driving value across the health system. We are thrilled to have him advising us.”

“One of our most important opportunities in the United States is to invest in areas that solve problems for patients with significant underserved needs. General Atlantic has a unique history of investing in and serving as a strategic partner to leading organizations that are attempting to drive positive changes in healthcare. I am pleased to help build on this tradition and provide strategic counsel and support to its portfolio companies,” said Mr. Slavitt.

Mr. Slavitt served as Acting Administrator for the Centers for Medicare & Medicaid Services (CMS) under President Obama from 2015 through 2017. In this role, Mr. Slavitt spearheaded programs that provided access to quality healthcare for 140 million Americans, including Medicaid, Medicare, the Children’s Health Insurance Program (CHIP), and the Health Insurance Marketplace.

Mr. Slavitt’s tenure at CMS was marked by the successful execution of a number of large new programs including the Affordable Care Act, the significant shift to pay-for-value payment models, and the implementation of the Medicare Access and CHIP Reauthorization Act (MACRA).

From 2003 to 2013, Mr. Slavitt worked at UnitedHealth Group, eventually serving as the Group Executive Vice President for Optum, a subsidiary of UnitedHealth Group, where he oversaw the delivery of clinical, technological, and operational solutions to healthcare clients and consumers. Prior to this, Mr. Slavitt founded and served as CEO of HealthAllies, a venture backed technology-based consumer healthcare company, which he sold to UnitedHealth Group in 2003. Prior to HealthAllies, he was a consultant with McKinsey & Company and an investment banker with Goldman Sachs.

Mr. Slavitt has been recognized as one of the 10 most influential people in healthcare by Modern Healthcare Magazine[1]in 2016, was named by Politico as one of the Top 50 Americans shaping politics[2] in 2017, as well as the Person of the Year in Health IT by HIStalk[3] in 2016. He received his M.B.A. with distinction from the Harvard Graduate School of Business as well as his B.A. in English with honors and B.S. in Economics from The College of Arts & Sciences and the Wharton School at the University of Pennsylvania.

General Atlantic’s team of special advisors is comprised of senior executives from around the globe who share deep company-building expertise and best practices to support the firm in its goal of adding strategic value to growth companies as they seek to become market leaders. Special advisors deliver strategic, practical, and impactful support in the areas of revenue generation, operational excellence, and human capital to enable and sustain growth for the firm’s portfolio companies.

Drawing from 37 years of experience investing in over 250 global growth companies, General Atlantic partners with entrepreneurs and management teams to help build leading, high-growth businesses. The firm has $21 billion of assets under management as of June 30, 2017. General Atlantic focuses on investments across five sectors, including Internet & Technology, Financial Services, Business Services, Retail & Consumer, and Healthcare. The firm has deep expertise in the healthcare sector and is currently invested in leading companies including Alignment Healthcare, A Place for Mom, CitiusTech, eviCore Healthcare, Oak Street Health, Ourofino, Sanfer, Sonendo, and Synaptive.