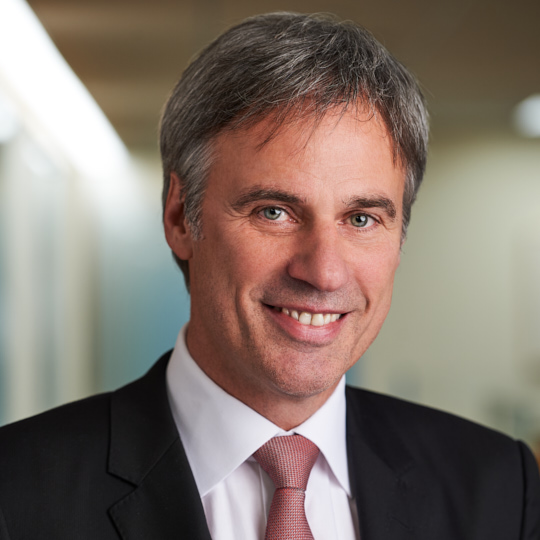 Achim Berg, Operating Partner, General Atlantic, speaks at The Digital Summit in Nuremberg, Germany about the importance of digitalization

The Digital Summit is a two-day event hosted by Germany’s federal government to discuss digital transformation in a number of categories. The focus of the 2018 event was Artificial Intelligence.

The translated text of Achim Berg’s keynote speech on December 4, 2018 follows below.

Link to video (in German)

You are all aware, of course, that the German economy is experiencing a prolonged boom. The last time that the number of unemployed was this low was in the 1970s.

But did you also know that the number of job vacancies in Germany is higher than the population of Estonia, the “promised land” of the digital transformation? The figure exceeds 1.2 million.

And did you know that the crime rate in Germany has fallen to its lowest level since reunification?

These are really sensational news items, but hardly anyone takes notice of them – because we’ve grown so accustomed to it all.

Just 20 years ago, The Economist dubbed Germany the “sick man of Europe” on its cover. Today the headlines read “economic superstar” and “leader of the free world”.

On the international stage, we are met with a mix of feelings we have never known before: a touch of envy, but mostly admiration.

The world’s most widely read travel guide for backpackers has even placed Germany in its top group of the most attractive tourist destinations worldwide. I know it’s hard to believe, but they even say: “Germany enchants and surprises.” Yes, you heard me right.

But if you open a newspaper here or browse Twitter, you get the impression that everything in Germany is going really bad, even that EVERYTHING’S GOING TO THE DOGS.

Are we suffering from phantom limb syndrome or do we perhaps just have it too good?

But, somehow, one gets the feeling that major changes are underway and that we are not really prepared for them. Are we spending all our time worrying about things that are actually totally irrelevant for Germany’s future?

Are we too satisfied and lazy? Are we taking our success for granted?

Let me start today by emphasizing the things we have perhaps become too accustomed to.

For instance, we are well governed. That applies to our federal government, the vast majority of our state governments, and to very, very many cities and municipalities.

Some may consider this boring, but I feel it is an important point.

It is important because it expresses appreciation of those who dedicate themselves to politics.

As a travel destination we might be competing with Sri Lanka and Zimbabwe, but our competitors in the digital race are the United States and China.

True, in Germany, too, we are experiencing strong centrifugal forces:
– In the economy, where no stone is being left unturned.
– In politics, where the country is experiencing similar tectonic shifts as elsewhere in the world.
– In society, where fissures are emerging between urban and rural areas, and between political extremes.

Now, I may be a professional optimist, but I’m not naive:

The digital transformation also has a lot to do with disruption and disintegration.

But digitalization is the best thing that could happen to Germany. We are a country poor in natural resources, but raw materials play hardly any role in the digital world. It is almost exclusively about knowledge, about intelligent infrastructure and data.

And it is precisely in these areas that we are not as well placed as we need to be. Education, broadband, data – these are the main areas where we have to do much more.

Almost everyone has the same opinion when it comes to education, so it’s fair to ask why so little is changing. In 2006, German schools had one computer for every 11 pupils; the current figure is 9. It’s taken us 12 years, then, to reduce that number by two. And information technology is a mandatory school subject in just three of our 16 states – Bavaria pioneered this trend, by the way.

Of course, I understand that the states want to defend their cultural sovereignty. But no one has been able to explain to me why young people in Bremen need different skills from those here in Nuremberg.

Parochial education policy in a digital world is perhaps one of the biggest of all anachronisms.

Why are we making it so complicated to invest 5 billion euros of federal funds in schools via the Digital Pact? Yes, in the extreme form of federalism anchored in our constitution the allocation of such funding requires an amendment to the constitution. So, it’s great that our lower house, the Bundestag, has voted in favour of such an amendment. But now we learn that four states are going to block this reform in the upper house, the Bundesrat.

Why is it that, precisely in this exceptionally important area of digital education, we can’t move any faster than those who would drag their feet?

The passion and speed with which, for example, the Network Enforcement Act (NetzDG) was drafted and enacted is exactly what I would like to see with the Digital Pact and education policy.

Speaking on behalf of industry, I can only say: reach an agreement and reach it soon.

After all, digital disruption is not something that can be contained within the technology sector and the marketplace. It calls for a whole new political mindset, and perhaps even for radical approaches in education policy.

The same is true of the other major issue: data policy. The debates surrounding data protection are dominated by fear of Facebook and Google. That fear obstructs our view of the huge opportunities that lie in the controlled use of data. Personalised medicine, adaptive learning and artificial intelligence all need data.

Artificial intelligence without data is a swimming pool without water. World champions in dry land swimming? That can’t be our goal.

At a European level, politicians are currently working on an e-privacy regulation that will restrict machine-to-machine communication. But that is absolutely the opposite of what we need.

We have to strike a sensible balance between protecting personal privacy and utilising data. And that can be done. Not for Facebook and not for Google, but for the digital society in Germany.

This society needs data, it needs education and it needs broadband. The nice thing about broadband is that we can retain full control of it here.

That makes me wonder why Germany is in “make-a-wish” mode when it comes to broadband. Automotive manufacturers want 5G on every road, farmers want it in every field, and politicians are competing to see who can promise more.

We have to have 98-percent coverage – at the very least! Mecklenburg-West Pomerania even wants 100 percent. What we need to remember here is that one-third of Germany’s land surface is forest. No matter how nice the idea of providing foxes and birds with 5G may be, it’s not a really sensible idea – at least not as a first step in the process.

Building 5G networks and rolling out fibre-optic cables will cost the network operators a total of around 250 billion euros – that is if you use the 3.6 GHz band currently up for auction. What is more, given the many restrictions regarding the award process, the build-out will not be accomplished overnight. It can take up to two years for a network operator to obtain a permit to build a cell tower. We could speed up this process considerably by allowing the installation of wireless technology on every public building.

But to return to demands for an end-to-end roll-out of 5G. In the 3.6 GHz band, that would mean: instead of our current 60,000 cell towers, we would need 800,000 – each about one kilometre apart. Just by the way, that in itself would require investments in excess of 130 billion euros. Everyone wants 5G apparently, but no one wants a cell tower in front of their home, and no one wants the project to cost any more than it already does.

We need to kick the habit of auctioning off spectrum bit by bit and move toward a consistent, long-term policy for awarding spectrum. Next to data, spectrum is perhaps the most important resource in the digital world.

In the short term, we need to set sensible priorities, and these priorities are obvious:

5G is needed first of all on business premises, on busy roads and rail lines, and in hospitals. That is where we can achieve the biggest impact.

Digitalization is not merely something that would be “nice to have”, it is our biggest “must”. It won’t work if we demand a lot from others, but do little ourselves. “Make a wish” might be right at Christmas time, but it’s the wrong approach to this problem. The digital transformation is a shared duty.

As managers of companies, as politicians serving the state, as NGOs focusing on the community, as journalists in the media – all of you, all of us, bear particular responsibility. We need to be brave, we need to act fast, and we need to get everyone on board.

If we can tackle this task together, if we can work with and not against each other, I see no need to worry about Germany’s digital future.

We can “do digital”.

And we’re going to prove that now.