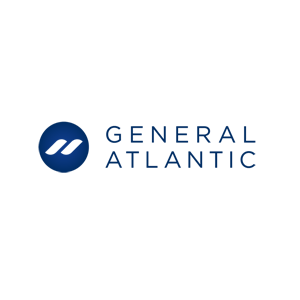 General Atlantic, a leading global growth equity firm, announced the promotions of Chris Caulkin, Roni Elchahal, Andrew Ferrer, and Peter Munzig to Managing Director, and Preston McKenzie to Operating Partner. The firm also promoted Rodrigo Catunda and Luiz Ribeiro to Principal. The promotions will be effective as of January 1, 2019.

“These professionals have made significant contributions to the firm, each demonstrating their value to our investment programs, portfolio companies, and capital partners,” said Bill Ford, Chief Executive Officer of General Atlantic. “We are proud to recognize them for their accomplishments and we look forward to their continued leadership.”

Chris Caulkin joined General Atlantic in 2011 and leads the firm’s investments in the Technology sector in EMEA. Mr. Caulkin serves on the board of directors of Hemnet, OpenClassrooms, Property Finder, Studio Moderna, and Typeform. Prior to General Atlantic, Mr. Caulkin was an Analyst and Associate at Warburg Pincus, where he concentrated on investments in the media, technology, and business services sectors. He holds a MiF from London Business School and an M.Eng in Information & Computer Engineering from the University of Cambridge.

Roni Elchahal leads General Atlantic’s capital partnering efforts in EMEA. He first joined the firm in 2007, focusing on investments in the Technology sector, and returned to General Atlantic in 2012. Prior to General Atlantic, Mr. Elchahal worked at CI Capital Partners, where he helped source and execute middle market investments across various sectors. He also worked at The Boston Consulting Group, where he focused on strategic and operational projects across a variety of industries. Mr. Elchahal earned an M.B.A. with distinction from Harvard Business School. He earned a B.S. in Economics from the Wharton School and a B.A. in History from the College of Arts and Sciences at the University of Pennsylvania, where he graduated summa cum laude and was a Joseph Wharton Scholar.

Peter Munzig focuses on General Atlantic’s investments in the Technology sector. He originally joined the firm in 2005 and rejoined in 2009 after receiving an M.B.A from the Stanford Graduate School of Business. Mr. Munzig serves on the board of directors of Aimbridge Hospitality, EN Engineering, and HireRight. He is a former board member of Alignment Healthcare and CLEAResult. Prior to General Atlantic, Mr. Munzig was an investment banker at Goldman Sachs, where he advised clients in the industrial, consumer, and technology sectors on a wide range of M&A and corporate finance transactions. He earned a B.A. from Stanford University, where he graduated with honors.

Preston McKenzie joined General Atlantic in 2017 and provides strategic support and advice to the firm’s investment teams and portfolio companies in the Technology sector with a particular focus on software. Mr. McKenzie serves on the board of directors of Insurity, Inc. and Mi9 Retail. Prior to General Atlantic, he served as Chief Executive Officer of NEWSCYCLE Solutions, and prior to that was Chief Executive Officer of MicroEdge. Mr. McKenzie holds an M.B.A. from the University of Minnesota and a B.A. in Journalism from the University of North Carolina.

Rodrigo Catunda joined General Atlantic in 2011 and is based in the firm’s São Paulo office, with a focus on investments across various sectors in Latin America. He currently serves on the board of directors of Ourofino. Prior to General Atlantic, Mr. Catunda worked in Investment Banking at J.P. Morgan in São Paulo and New York, focused on Latin America. Mr. Catunda earned a B.A. in Business Administration from Fundação Getulio Vargas.

Luiz Ribeiro joined General Atlantic in 2016 and is based in the firm’s São Paulo office, where he focuses on investments in Brazil and Colombia. He currently serves on the board of directors of QuintoAndar. Mr. Ribeiro completed the P.L.D. from Harvard Business School and earned a B.A. in Business Administration from Fundação Getulio Vargas.

Drawing from 38 years of experience investing in over 300 global growth companies, General Atlantic partners with entrepreneurs and management teams who are building leading, high-growth businesses. The firm has approximately $28 billion assets under management as of June 30, 2018. General Atlantic focuses on investments across four sectors, including Consumer, Financial Services, Healthcare, and Technology, with support from the firm’s global team of experts.