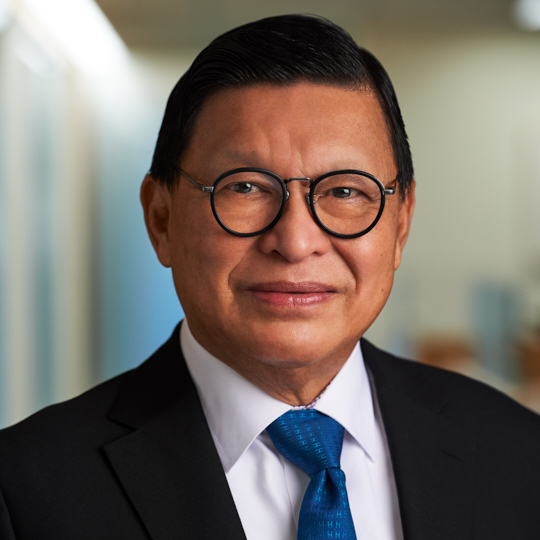 General Atlantic, a leading global growth equity firm, announced today that John A. Prasetio, former Ambassador Extraordinary and Plenipotentiary of Indonesia to the Republic of Korea, is joining General Atlantic as a special advisor to support the firm’s strategic business initiatives in Southeast Asia.

With decades of experience serving in various leadership roles at leading global financial institutions, Mr. Prasetio will work closely with General Atlantic’s Southeast Asian investment team to identify and support business opportunities in the region with a particular focus on Indonesia.

General Atlantic’s team of special advisors is comprised of senior executives from around the globe who share deep, company-building expertise and best practices to support the firm in its goal of adding strategic value to growth companies as they seek to become market leaders. Special advisors deliver strategic, practical, and impactful support in the areas of revenue generation, operational excellence, and human capital to enable and sustain growth for the firm’s portfolio companies.

“We are excited to welcome John to the firm as we continue to expand our relationships with leading family groups, entrepreneurs, and innovators in Indonesia and throughout the region. John’s extensive leadership experience and operational expertise will make him an exceptional asset to our investment team and portfolio companies in Southeast Asia,” said Fock Wai Hoong, Head of Southeast Asia at General Atlantic.

“General Atlantic has built an outstanding reputation as a partner of choice in Southeast Asia,” said Mr. Prasetio. “I am honored to join the firm and look forward to working closely with the entire team to help cultivate relationships in Indonesia and provide strategic counsel and support to its portfolio companies.”

In addition, Mr. Prasetio has also held a number of leadership positions at government institutions and leading business associations, including serving as a member of the President’s National Economic Committee, the President’s National Business Development Council, the National Committee on Good Governance, the Investment Committee of the Investment Coordinating Board, the Association of Publicly Listed Companies Advisory Board, and the Special Staff of the Minister of Industry. Furthermore, Mr. Prasetio served as Vice Chairman of the Indonesian Chamber of Commerce and Industry and the Indonesia Chair of APEC Business Advisory Council.

Mr. Prasetio began his career as a Faculty Lecturer in Economics at the University of Indonesia where he earned a bachelor’s degree in Economics. Mr. Prasetio also attended various executive programs such as the Program for Management Development at Harvard Business School.

Drawing from 37 years of experience investing in over 250 global growth companies, General Atlantic partners with entrepreneurs and management teams who are building leading, high-growth businesses. The firm has $20 billion assets under management as of December 31, 2016. General Atlantic focuses on investments across five sectors, including Internet & Technology, Financial Services, Business Services, Retail & Consumer, and Healthcare, with support from the firm’s global team of experts.