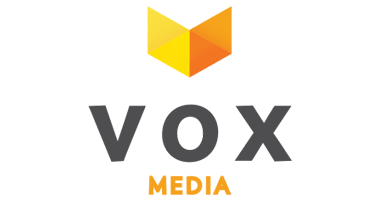 Vox Media to accelerate growth and strengthen its content and platform, aided by investment from leading global growth investor

Vox Media, one of the world’s fastest growing media companies, and General Atlantic, a leader in global growth investing, announced today the launch of a new strategic partnership for General Atlantic to acquire a minority stake in the company.

“Great talent has to be enabled by equally great technology; and a new generation of media brands, created for young, digitally savvy audiences, are being built right now. That’s been our guiding strategy for Vox Media’s growth over the last few years. Now we’re accelerating.” said Jim Bankoff, Chairman and CEO of Vox Media. “General Atlantic’s investment will help expand the reach of Vox Media and our seven media brands by opening up access to its resources and global relationships, helping us create high quality editorial content and brand advertising solutions for the most relevant audiences.”

Supported by General Atlantic, Vox Media will focus on a number of strategic initiatives to con-tinue to grow and enhance each of its seven media brands. Among other initiatives, Vox will ac-celerate its strategy of producing high-quality video content and distribution across all relevant platforms. The offerings of ‘Vox Creative,’ Vox Media’s in-house marketing solutions unit, will continue to expand, increasing the slate of products and services offered to Vox’s advertising and brand partners. To lead this expansion, Vox also announced that Lindsay Nelson has joined the company as Vice President of Vox Creative. Ms. Nelson comes to Vox from Slate, where she founded SlateCustom, the in-house branded content creative agency of Slate Magazine.

Anton Levy, Managing Director and Global Head of General Atlantic’s Internet & Technology sector said, “We believe Vox Media represents one of the most attractive opportunities for capi-talizing on a clear and important secular trend that is still in its early innings: the generational shift in news, entertainment, and content distribution and consumption driven by global social connectivity and increasing smartphone penetration.” He continued, “Vox Media’s CEO, Jim Bankoff, is not only one of the foremost minds in digital media, he is also a business builder, and we are proud and excited to partner with him and his talented team.”

Founded in 2011, Vox Media is one of the largest, most trafficked, and fastest growing media companies today, combining high-quality content across seven distinct brands in major con-sumer categories with leading technology and distribution capabilities. Vox Media owns and op-erates SB Nation (sports), The Verge (tech/lifestyle), Vox.com (general news), Eater (din-ing/nightlife), Racked (fashion/shopping), Curbed (home/real estate), and Polygon (gaming). A leader in the development of high-value digital journalism, storytelling, and brand advertising at scale, Vox Media allows brands to connect with an educated, young, and affluent adult demo-graphic of 150 million each month who seek a sophisticated, intelligent take on the world.

In addition, as part of Vox Media’s continued development of high-quality online video, the com-pany will continue to announce new talent partnerships with leading YouTube personalities in coming weeks. Vox recently announced such a partnership with Marques Brownlee, a leading and immensely popular video producer, host, and technology reviewer known for his YouTube Channel MKBHD, who will be featured in a video series on The Verge, Vox Media’s technology and lifestyle brand. These talent partnerships will include special content series, created in col-laboration with Vox Media’s in-house production studio, and will benefit from Vox’s editorial, product, and marketing offerings as well as access to Vox’s expansive audience reach.